12 Times We Thought the Zombie Apocalypse Was Upon Us

The zombie apocalypse is a fascinating, frightening prospect. Friends and loved ones turning on you, no cure, an enemy that refuses to stop, and hungers for your flesh. A world in which the dead don’t stay dead. Sounds bleak, doesn’t it? Luckily, we all know zombies are fictional creations, and have little-to-no basis in reality. Like, a zombie apocalypse could never actually happen… right?
As it turns out, there have been times, many in the recent past, during which we haven’t been so sure. From people attacking and eating folks in Florida without cause (other than bath salts), to individuals who woke up at their own funeral, various real life incidents have left many wondering, are zombies real, and if so, is the zombie apocalypse upon us?

Time to take a closer look at real life zombie attacks and instances of living dead. Were these people (and one animal) who ate flesh and came back to life actually zombies, or was something else going on? Be warned: many of these tales are gruesome. By the end, you too may question whether maybe, just maybe, the zombie outbreak is finally upon us.

What’s with Florida? This case of a real life zombie attack is as confusing as it is graphic. In 2016, a 19-year-old Austin Harrouff stormed away from a family dinner and attacked a couple in their garage. He stabbed them to death, then began to eat the dead man’s face. A neighbor called the police, who used a K-9 unit, stun gun, and the physical force of four officers to stop Harrouff from eating the dead guy.
After detained by police, Harrouff slipped into a coma, and was unconscious for weeks. He was finally released from the hospital to face charges on October 4, seven weeks after the incident took place. Harrouff apparently lost nearly 50 pounds in the hospital, and his father has come forward saying he believes his son was poisoned, hence his actions.

There’s an assumption Texans are kind of crazy, but this takes it to a whole other level. In 2012, a 22-year-old man was enjoying some synthetic marijuana when he seemed to suddenly become a real life zombie. His friends realized something was wrong when the man growled and ran at them on all fours. They locked him out of the room and called the cops.
Alerted by the commotion, a family dog came running. Upon seeing the dog, the zombified man choked the animal, beat it, and began to eat it alive. The dog did not survive the attack, and when police got there, the man was sitting on the porch, drenched in its blood.
Related Posts  29 Celebrities Who Believe in Ghosts

In India, a Woman Eats Her Own Child Alive

This is perhaps the most disturbing incident on the list. In 2015, in India, a man heard screams of pain and horror coming from his sister-in-law’s house. He burst in and found his sister-in-law was holding her screaming two-year-old daughter, slicing off and eating pieces of her scalp and head. He snatched the child away, and got it medical care immediately.
The mother was beaten by her neighbors, and blamed her behavior on alcohol and hunger. Police saved the zombie woman from the mob, and got her medical care. Her husband hadn’t been seen for some time, and it’s uncertain what became of him after.

Big Lurch Ends Up Being a Big Zombie

Rapper Big Lurch had a turn of bad luck, which transformed him into something many would argue isn’t fully human. After an accident, the rapper suffered severe pain he had trouble controlling. To help, he turned to PCP, in retrospect probably a bad idea.
One night in 2002, he attacked a woman who was staying with him, killing her in a drug-induced rage. But it didn’t stop there. He disemboweled her, and ate parts of her face and lungs. When police found Big Lurch, he was standing naked in the middle of the street, drenched in blood, screaming at the sky. From an outside perspective, there’s no doubt the whole tragic incident brings thoughts of zombies to mind.

In 2012, a drunk bus driver identified as Dong basically became a zombie. He dashed out of a bus station, hopped onto a woman’s car, and began pummeling the hood and windshield. The driver tried to escape, but was attacked by Dong, who chewed on her face (insert dong-in-face-joke here). Witnesses tried to stop the attack, but were overwhelmed by the power and ferocity of Dong. Eventually, police arrived and halted Dong’s feast. The woman survived, but required plastic surgery. The reasons for Dong’s attack remains unclear.
Related Posts  The Worst Bug Infestations in History

Zombies in Haiti Are Basically Slaves 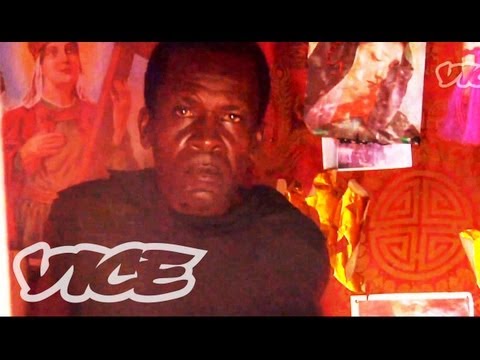 Haiti has a long history with zombie culture, which is in some cases a grim reality rather than a horror movie thrill. In fact, zombies (spelled Zombi there) are considered a very real group of people, though they are secretive and rather creepy.
Practitioners of voodoo in Haiti believe a witch or other powerful being can capture the soul of a live person and control that person’s body. Once they have your soul (which they might keep in a jar), they can more or less do whatever they want with you, including sell you. Is it possible to rescue someone whose soul is stolen with voodoo? Yes. Salt can help them, as well as breaking the jar the soul is in. However, in most cases, zombis remain slaves, lethargic, strong, gaunt, and not fully conscious.
This all sounds completely ludicrous, but there are documented cases from trustworthy sources. In 1937, Zora Neale Hurston traveled to Haiti to investigate zombi culture and discovered Felicia Felix-Mentor, a woman villagers insisted was under the control of a voodoo practitioner. After investigating the case, Hurston concluded the woman was in fact being controlled by someone, and used as a slave, though the method of control was drugs, not voodoo mind control.

Kids Are Coming Back from the Dead to… Ask For a Glass of Water? 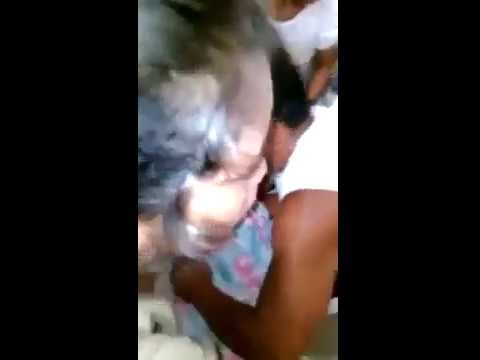 In 2014, a family in the Philippines was laying their little girl to rest when the three year old moved her head, opened her eyes, and looked into her father’s face. She was given a glass of water, which she requested, then rushed to the hospital, where she miraculously recovered. You can see the moment she seems to come out of death in the video.
Perhaps strangest of all, this wasn’t an isolated incident. In 2012, in Brazil, a two-year-old boy lying in an open casket sat up, turned to his father, and asked for a glass of water. When he lay back down, he died (again) almost instantly.

In Venezuela, a Man Came Back to Life During His Own Autopsy

Truly, this is the stuff of nightmares. Imagine you’re conducting an autopsy. You lift your scalpel, make the first incision, and notice the corpse is bleeding. Corpses don’t bleed, since the heart isn’t beating, so that means…
The body suddenly opens its eyes and screams at you. Surely, you’d think you were about to get your face bit.
This is exactly what happened with Carlos Camejo in 2007. After being pronounced dead in the wake of a highway accident, he was taken for autopsy, and came to in immense amounts of pain, as a coroner cut open his body. Camejo didn’t eat anyone, but he did sue the pants off of those who declared him dead.
Related Posts  21 Weird Facts About King Tut

Even Ebola Can’t Always Keep Someone Down

So, you’ve been called out to bring a dead Ebola victim to the crematorium. You’re worried about becoming infected, about others becoming infected, and about doing your job right. What you’re probably not worried about is the victim coming back to life.
That’s exactly what happened in Liberia, and it happened in front of a news camera. The cremation crew was putting a body in a bag when suddenly the man started to move. A crowd gathered as the responders put the man on a gurney and rushed him to the hospital.

A Chinese Woman Awoke From the Dead, and She Was Hungry 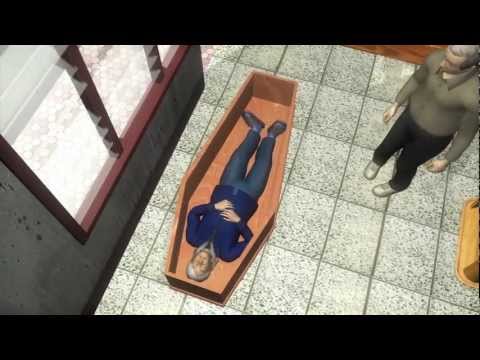 It’s said that when zombies awake from the dead, they come back hungry for brains. Well, there’s one case of someone coming back from the grave hungry, but she didn’t want brains.
In 2012, a neighbor of Li Xiufeng found the 95-year-old showing every sign of being dead. To be generous, the neighbor placed her in a coffin. Feeling a bit peckish, the apparently undead Xiufeng got up out of the coffin six days after being put in. Her family found her in the kitchen, preparing food. Her neighbors had taken or destroyed all her possessions after assuming she was dead, btw. How much would that suck? Come back from the dead, all your stuff’s gone.

It’s not just humans getting in on zombie action. In New Jersey, in 2016, Jon Campbell spotted an odd-looking fox, which attacked him, biting through his clothes and into his hip. Campbell managed to pry the fox off, but it was relentless. The mangy beast attacked over and over, no matter how many times Campbell kicked it. The animal eventually got stuck in a fence, allowing Campbell to escape. It was gone when he went back to look for it later.
“It was like a terminator or a zombie,” Campbell said. And that’s why you always have a dog that outweighs a fox.

previousHalloween Costume Blunders Guaranteed To Make You Scream (With Laughter)
next10 Memes of the day for Wednesday, 12 September 2018
Tags:Weird FactsZombie Apocalypse